New Exhibition – After the Fire.

As readers may know from previous POSTS I have been working on a new body of work, including sculptural ceramics and photography, which is now on exhibition at ContainArt till February 16th. The container is currently on location at Weerama Part, Wendouree.

The exhibition was inspired by the Scotsburn Bushfires, which I have also posted about before – both the experience on the day and Bushfire Relief Arts Program I was involved with in the following months.

I have friends who live in Scotsburn (and almost lost their home and business) and I know of others who did lose their homes. On the day of the fires I stood on my property watching the smoke and water bombers flying over, so it was very dramatic.

Approximately a week after the fires, which destroyed 4000 hectares, 12 homes and 23 sheds, I visited the site and drove through  the area extensively following the path of the fire. I took many pictures and have a comprehensive documentary of the immediate aftermath with the intention of developing a body of work to reflect the fires and comment on the climate (political and environmental) which has contributed to the severe bushfires Australia is experiencing on a more regular basis.

The opportunity serendipitously arose to hold an exhibition in ContainArt just a little after the twelve month anniversary of the event, providing a great chance to commemorate the fires.

All of the works are, of course, for sale, simply send me a message to begin the discussion 🙂

Following is the ‘Artist Statement’ for the exhibition and some images…

As a person I feel deeply saddened about the natural environment and the harmful effect the human race has inflicted upon Mother Earth.

As an artist I feel a duty to bring these issues to the attention of the general public via a visual interpretation of the climate dilemmas currently perplexing our global society.

A little over a year ago the effects of global warming were brought into stark reality when the town of Scotsburn and surrounds, on the outskirts of Ballarat, experienced fires that raged out of control on the 19th December 2015. The fire, once started was fuelled by dry conditions, extreme heat and high winds, which combined to form the perfect storm of environmental conditions.

At the time I witnessed the billowing smoke from my property, and having close friends in the area I was watching and worried. Thankfully my friends remained safe, as was their property. Others were not so fortunate.

A week later I undertook an extensive tour throughout the entire route of the fire, documenting the physical effect of the tragic event on the environment. During the following months I worked with the local community conducting art workshops as part of the Scotsburn Bushfire Relief Project.

This current body of work presents a series of documentary photographs and interpretive ceramic sculptures which respond to the colours, shapes and textures of the event, that also hopefully, evoke an emotive outcome within the viewer that raises questions about their personal and communal responsiveness toward the environment, and their role within the wider global context.

A little after a year later I revisited Scotsburn and the abundance of regrowth is majestic – Mother Nature healing both the local community and her natural environment.

By presenting a display commemorating the Scotsburn fires in the context of “urban Ballarat” I am hoping to make this seemingly physically remote event more immediate & real. 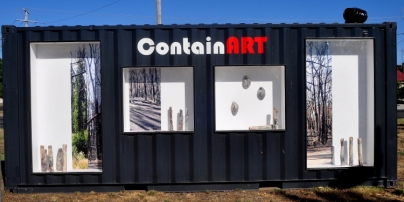 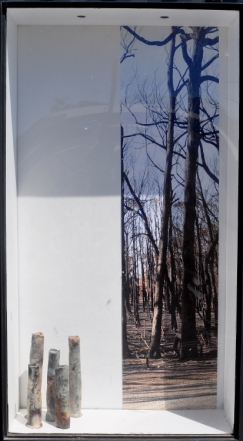 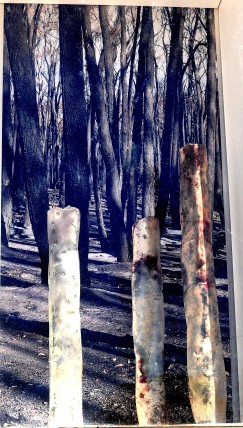 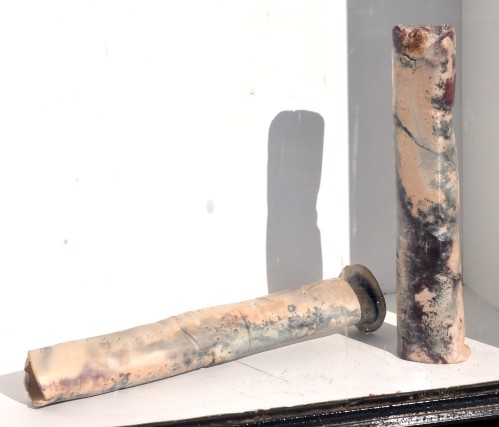 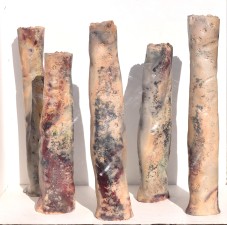 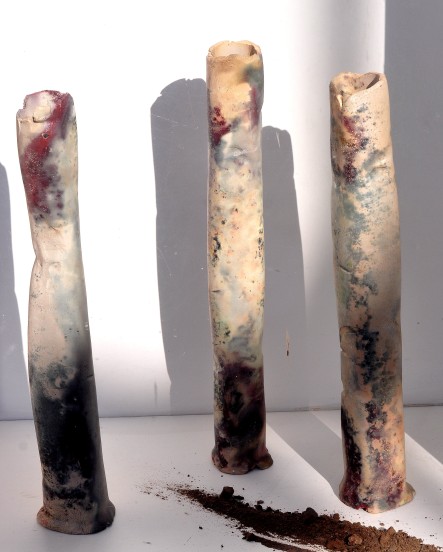 3 thoughts on “New Exhibition – After the Fire.”