RSS feed for this section
This category contains 3 posts

Hhmmmm… What do I visualise when I think “sea”?

The following images were taken while on a residency in France in 2010 and while exhibiting in Italy in 2012.

During the France residency I made artworks based on the natural environment – it was the first time I had been to Europe! The final image in the photo mosaic is a series of pieces I made based on some sea pebbles I found whilst walking along the shoreline. 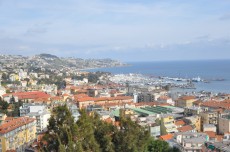 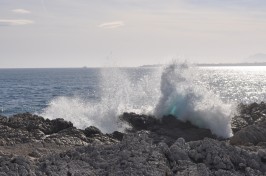 My artworks on the beach that inspired them in Golf Juan, France

This post is part of the Weekly Photo Challenge : Sea – more entries can be viewed here
http://dailypost.wordpress.com/2013/08/30/weekly-photo-challenge-sea/

This weeks photo challenge is about geometry, and the example given was architectural – strong bold lines against a clear wispy cloud sky, a great image. For me, however, there is much more to geometry than bold lines. Bold lines tend to me human made structures, so that things ‘fit’ together better. Nature, however, develops curves and crevices as a means to make a better fit, and get the most out of every surface. Often the geometry in nature are fractals, ever repeating patterns in natural objects.

So my post this week is going to feature both types of geometry – all of the images I took while on a residency in Vallauris, France in 2010.

Awnings, tiles and a chimney arranged in a striking geometric pattern

Gorgeous old building that were my view from my bedroom window

Town Centre: a mixture of both human and natural geometry along the Vallauris skyline 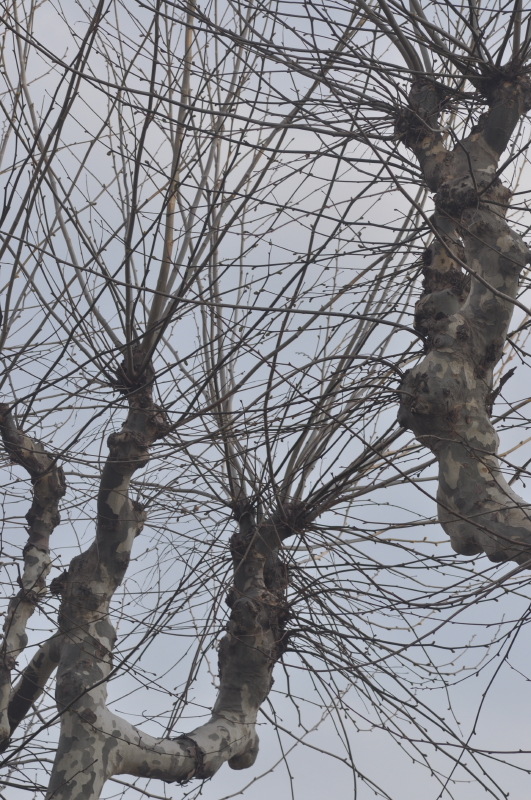 Beach Geometry: Stones and the ever repeating flow of waves – both examples of natural geometry.

Inspiration: some natural objects I collected for inspiration that I assembled in a geometric fashion in the studio

Weekly Photo Challenge: Near and Far

As I am currently living in Bentleigh, and not my home, I don’t have access to all my camera lenses, so for this weeks challenge I’ve dug up some images from a couple of years ago that I took while undertaking an artist residency in Beaufort, Victoria.

At this time large parts of Victoria were under drought conditions, and many of our waterways were extremely low, if not dried up.

The aim of this residency was to draw attention to the environmental impacts of climate change by creating an installation on one of the many regional lakes in the area. I chose Lake Beaufort, one of many rural lakes, which was extremely low at the time. In fact at this time Lake Wendouree, Lake Learmonth nd Lake Burrumbeat were completely dry.

During the first few days of the residency I contructed some large abstracted bird forms from recycled clay on the shore line of the lake – which was actually exposed lake bed. After the forms had dried they were moved into the water and allowed to disintergrate. The process was documented photographically, as is the practice for ephemeral installations. Many of the photos I took using the near and far method in order to highlight the exposed lake bed.

An exhibition of selected photographs from the residency was later exhibited at the Ararat Regional Art Gallery. 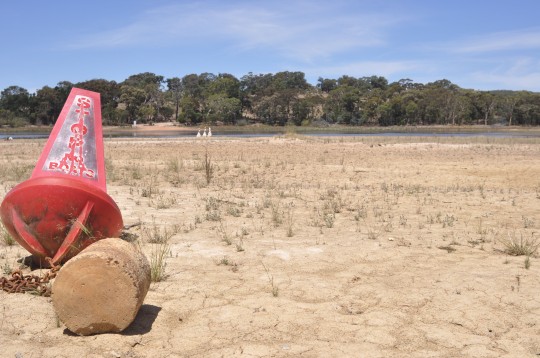 The bouy in the foreground was once in the water, it now sits marooned on the dry lake bed. The length of the chain indicates how deep the water was at this point. The clay sculptures can be seen in the distance on the waterline.

The clay birds can be seen in the far distance on the waterline. The foreground is dry lake bed.

Late afternoon View of the dry lakebed. Debris that was once beneath the water is now exposed. Clay sculptures in the distance.

The clay sculptures are now in the water.