Regular readers will be aware that over the past two terms I have been working with a group of enthusiastic special needs people at the Ballarat Neighbourhood Centre. The group, with some others from the centre, have been working on creating a community garden, and the group of people I worked with were specifically concentrating on the sensory garden. The garden includes a bed of fragrant plants and herbs, two bench seats and mosaic pavers made by each participant being installed in the pebble pathway, and a group mosaic mounted on the wall. You can check out previous about the making of the mosaics HERE.

The theme of the project was Literacy and Learning through Community Gardening, a great concept, and after many weeks of hard, and fun, work, the mosaics have been finally installed and the project was officially launched on Wednesday with all the stakeholders present, including sponsors, funders, community supporters, creators, Neighbourhood Centre employees and the range of people who actively worked to create the project, such as my little group. Greens councillour, and now deputy mayor, Belinda Coates officially launched the project with a short speech and the cutting of the ribbon.

It was a great afternoon, and the group were so proud of their achievements, seeing their mosaic pieces within the garden and observing the overall enthusiasm from all the people attending the function. A couple of them even made speeches along with the project co-ordinator Kate Owen. 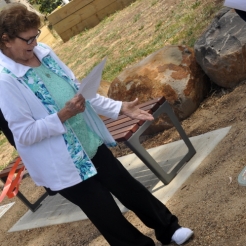 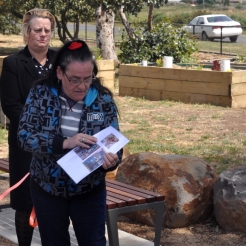 As well as the sensory garden the overall project also includes a series of wicking beds for growing herbs, vegetables and flowers, so the project does have a long term learning aim through harvesting and maintaining the overall garden. And the added bonus being that as the garden grows and becomes more established it will be a lovely community space that anybody can access for some relaxing and time out.

The afternoon finished with afternoon tea which included a lemon slice which was actually ‘lemony’ – yum! The function room walls were also adorned with lots of photo essays of the project as it progressed and was an interesting and fun way to look back at the development of the project in its entirety. 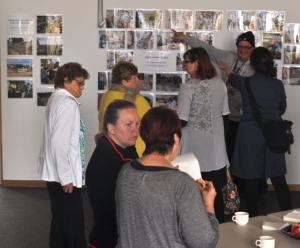 Personally, it was a great experience for me… I had a little exposure to mosaics many years ago, and with funding from Regional Arts Victoria was able to partake in a weekend workshop with mosaics expert Helen Bodycomb to refresh and refine my skills for the project. Helen remained ‘on call’ for any advise, which was great. Overall, it was a great project professionally, but also personally satisfying, with a fantastic community outcome.

Following are few photo galleries of the afternoon – enjoy 🙂

People gathering in anticipation of the launch 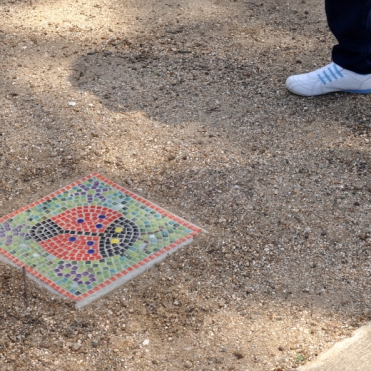 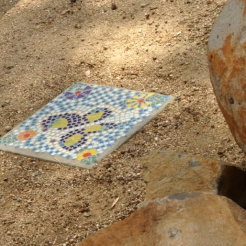 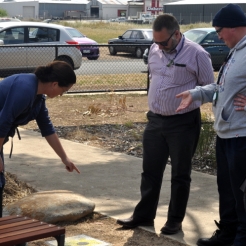 They are ssooo touch feely! (this is Helen with whom I did the workshop) 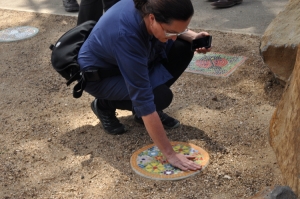 And to finish some overall pics of the installed mosaics 🙂 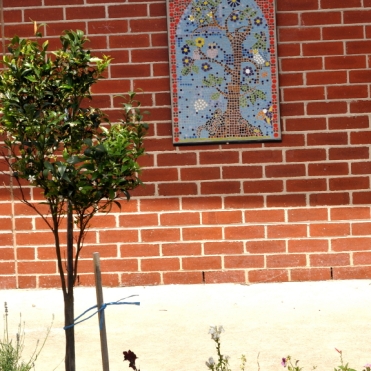 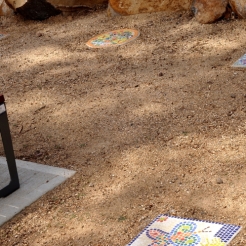 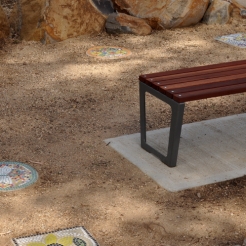