Artist Interviews and a Press Conference

The opening of the Cutting Edge exhibition was on the 1st December, but that was just the beginning. The 2nd December saw an informal forum held at the exhibition venue where the featured artists gave individual presentations talking about themselves and their works… artists and interested members of the public were present. Yes it was nerve wracking! 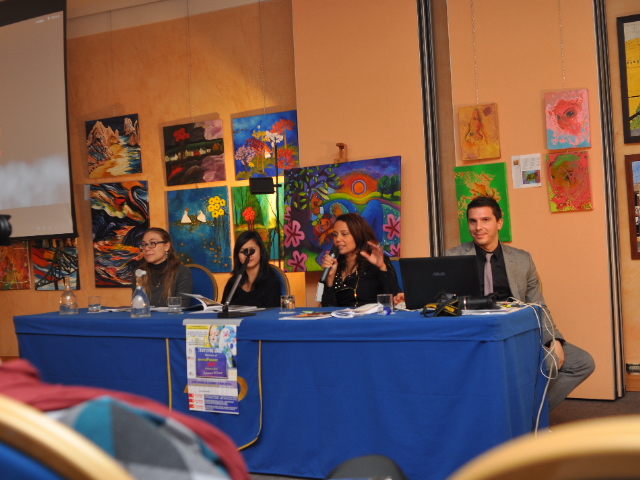 The following day was a rest day and Strobe and I wandered around soaking up the architecture and abundance of marble statues, all hundreds of years old – stuff you see in books, and now appreciate the scale of in real life. Of course we also soaked up red wine!

Tuesday was a press conference at Nardini Bookstore, a bookshop within a cultural complex which was originally a cloistered nunnery and then was converted to a jail which housed social dissidents ie anarchists, which is why it has now been converted to a cultural hub – though i do find it intriguing that a nunnery could easily be converted to a jail!! The bookshop was a great venue, and of course the event finished with wine and pastries. 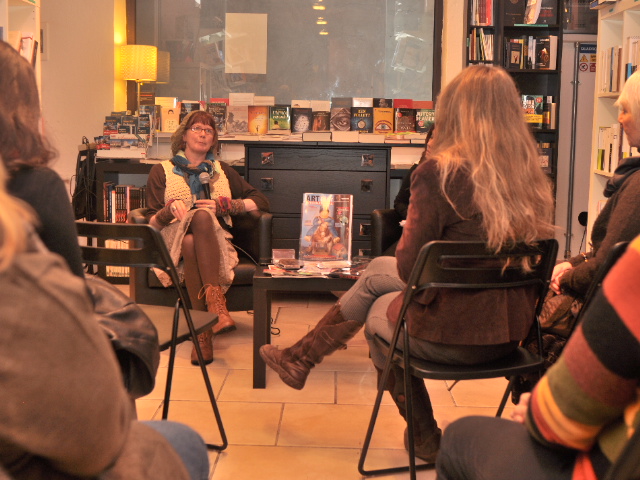 Following the press conference all the artists headed off to a restaurant in the hub which featured walls inscribed with messages of freedom from visitors, which of course we added to!

It was a great day, and has been a great experience…many thanks to Vivid Arts Network and Viviana Paullo 🙂

Thanks to Strobe for the photos too 🙂

One thought on “Artist Interviews and a Press Conference”